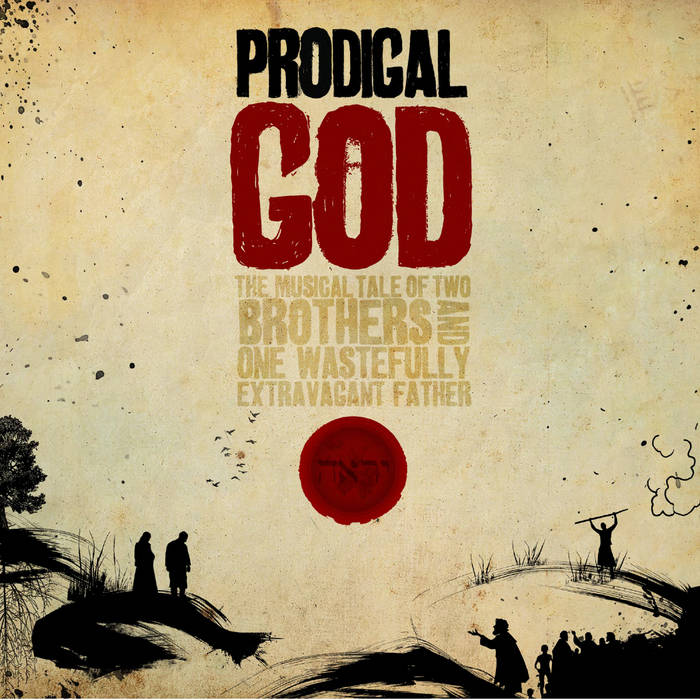 Listening to Prodigal God is a choice for adventure. A choice for the unexpected. A choice to find yourself in someone else's story. We're guessing you love to listen to music as much as we do. That?s why we?ve corralled this ancient parable into catchy tunes, thoughtful wordplay, instrumental hooks, and bold performances.

Upon first listen, you'll notice Prodigal God - The Album offers a different listening experience than you might be used to.

First, there's story which drives the songs. Familiar and not. You?ll sense that each song means a bit more than the one before it, and by the end, the sum of the parts offers an extra kick.

Second, most pop projects don't offer such cohesive diversity. Within the first 5 songs you'll hear 7 different singers, each with their own unique sound. This eclecticism comes out of character and relationship and, if we've done our job well, offers you multiple layers and points of view from which to experience the story. Especially upon multiple listens.

The score offers a wasteful extravagance of musical styles. Ron Kenoly shares his trademark crackly R&B depths, with a playful horn section thrown in. MARIKA and Colin Janz make pop sparks fly, each with their own very personal sound. Thanks to world musician Boris Sichon, you'll feel touches of the exotic and ancient.

The last distinctive of this album lies in the story gaps between the songs. There are pivotal moments of this story which are entirely missing on the recording: dialogue scenes, monologues, fights, and dance breaks.

In short, it's a musical. Like most cast recordings, ours is designed to maintain its freshness and relevance five, ten or even twenty years from now. For those who are used to listening to original cast recordings, you'll know what to do and when to do it. For others, this might be a first adventure. And hopefully not a last.

Welcome to the prodigal world.

The primary goal of the play development process, as it is called, is to figure out which story we want to tell and whether we’re telling it clearly. There’s the sequence of events (the plot), the nature of the relationships (the characters), and the escalating conflict and the character arcs to fine tune. Unlike fiction, which reaches its ultimate life on the page, theatre isn’t theatre until it is physically manifest in a space by actors whose bodies and voices bear the weight of the storytelling. These actors do their stuff in give and take relationship with each other, which means that a musical is a living organism. It can only be tested for vital signs in the presence of the watchful community of an audience.

That would be you we hope.

The team acknowledges the spiritual writings of the late Henri Nouwen on the subject of this parable, The Return of the Prodigal (and the more recently published, Home Tonight). It’s hard to imagine this particular approach to the story would have been so compelling had it not been for Nouwen’s vulnerable and insightful self-disclosures based on his meditations in response to the Rembrandt painting.


Another book, coincidentally titled The Prodigal God, by Manhattan-based Redeemer Presbyterian Pastor Tim Keller, was published in 2009. Working off of similar scholarly sources and leading to similar conclusions as Nouwen, Keller’s book provides a sound and accessible theological context for the premise which this show dramatizes – namely, that both sons are lost.

Brian Doerksen is a songwriter, recording artist, author, conference speaker and pastor. Born and raised on the west coast of Canada in Abbotsford B.C., he now lives with his family (wife of 25 years Joyce and their 4 youngest children) in the same home that he spent his childhood in. ... more

Bandcamp Daily  your guide to the world of Bandcamp

Featuring Oakland sounds from the Smart Bomb collective and Samplelov.